Followed David Baddiel’s “work in progress” show last week. Very amusing look at fame but also managed to weave in a lots laughs on the darker side of it – particularly the power of newspapers to misrepresent people and situations without conscience. Will be great it this progresses to a full stand-up show.

Our Masonic Ladies Nights season got off to a flying start with our appearance as the Ladies Night Band for New Century Lodge on Saturday. We had a bigger line up than the usual trio as had  our regular sax man Paul as well to make it a 4 piece band.

What a great crowd – dancing and singing all night long.

This was one of the calmer moments! 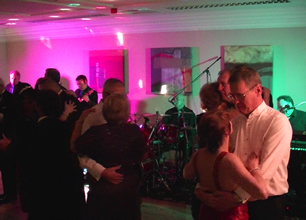 Last couple of weeks have been playing after Lady Rizo’s amazing show. The new cabaret Diva hopefully destined to become a big name.

Show is definitely something a bit different. 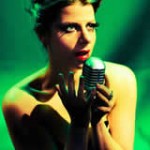 Very much enjoyed playing after Rich Hall’s Hoedown show in February for a late night piano spot. Great show – He has an amazing ability to take random suggestions for the audience and weave them into highly amusing songs and the band just go with him.

One of the highlights for me was one of his guest girl singers performing what initially sounded like a cutesy country song but turned out to be rather more sinister but very funny (now know why some people are left handed!).